Private members’ bill aimed at those who interfere with lawful hunting, fishing 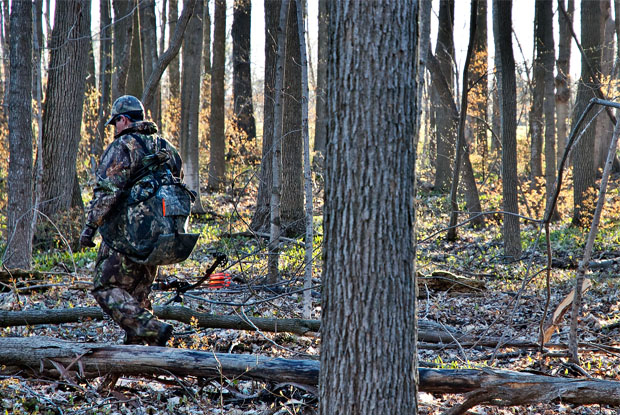 A Saskatchewan-based Conservative Member of Parliament is seeking to amend the Criminal Code of Canada to make it an offence to interfere with lawful hunting, fishing, trapping, or sport shooting.

• Placing themselves in a position that hinders or prevents hunting, trapping, fishing or sport shooting; or

• Engaging in an activity that disturbs or is likely to disturb wildlife, including fish.

A person who contravenes this section could face an indictable offence with fines of up to $25,000 and a prison term of up to one year.

“As Co-Chair of the Parliamentary Outdoor Caucus, I recognize the need to protect those Canadians who lawfully hunt, fish, trap, or shoot from those who would harass or interfere with these traditional heritage activities,” explained Breitkreuz.

“I’ve seen too many bills introduced in Parliament over the years that would threaten traditional animal use — some that would go so far as to make it a federal criminal offence to shoot a deer or a duck, put a worm on a hook, or kill any animal even if the animal died immediately — the accepted standard for legal killing.”

While there is a patchwork of legislation at the provincial and territorial levels, Breitkreuz said Bill C-655 would harmonize and clarify across Canada the protection of those pursuing all of these time-honoured activities by placing these offences within the Criminal Code of Canada.

There should be protections afforded to the participants of lawful activities from anyone seeking to disrupt them on the basis of philosophical differences, says Ontario Federation of Anglers and Hunters (OFAH) Executive Director Angelo Lombardo.

“In many jurisdictions, Ontario included, regulated hunting and fishing are considered to be one of the most valuable wildlife management tools available to governments, without which, many fish and wildlife populations would go unchecked, to the detriment of the species and their habitat,” Lombardo said. “It’s unfortunate that groups and individuals who are philosophically opposed to hunting, fishing or trapping sometimes cross the line between objection and obstruction, making legislation like this necessary to protect legal activities.”

According to the OFAH, hunting and fishing in Canada generates roughly $13.5 billion annually, with trapping and outfitting contributing another $1.7 billion. Anglers and hunters are also the leading conservationists of our fish and wildlife, contributing hundreds of millions of dollars to projects on the ground designed to protect and enhance our natural resources.

The national scope of the legislation, which contains similar language to the Ontario Fish and Wildlife Conservation Act and other provincial legislation across Canada, aims to ensure that the same protection afforded hunting, fishing and trapping in one jurisdiction will be applied equally in all others.

From trap to auction