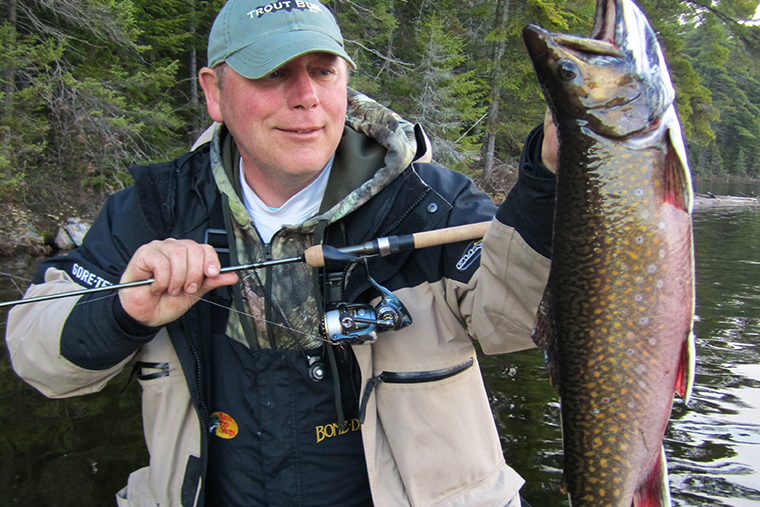 Fishing pro and travel writer Mike Borger and his 10-year-old son created some fine memories while on an extended fishing trip in the interior of Algonquin Provincial Park (APP) this May.

One thing Borger would like to forget, however, is an attempt by a person to use a Freedom of Information (FOI) request to learn about his campsite permit on that trip, presumably to ascertain the location of his secret brook trout lake —– a water body where he and his son caught six brook trout between five and six pounds and several between three and four pounds.

Borger believes the person who submitted the FOI request first became aware of the spectacular brook trout fishing they experienced because of a 40-minute video Borger made for his website and personal use. In that video, the name or specific location of the lake was not revealed.

As a result, in early July, Borger received a five-page letter from the Ministry of Natural Resources and Forestry’s (MNRF) Information, Privacy and Records Management Unit making him aware of the FOI request and asking him to provide input.

“What they wanted from me was a long and detailed response,” he said. “They wanted a rebuttal to every point the applicant made but I had no time for that so I wrote ‘Invasion of privacy.’”

APP policy requires any traveller to the interior to fill out a campsite and route itinerary for safety. Borger said it also helps Park staff manage fishing pressure on sensitive interior lakes.

Though Borger was upset that the MNRF response required his input, he acknowledged that they were following a protocol. 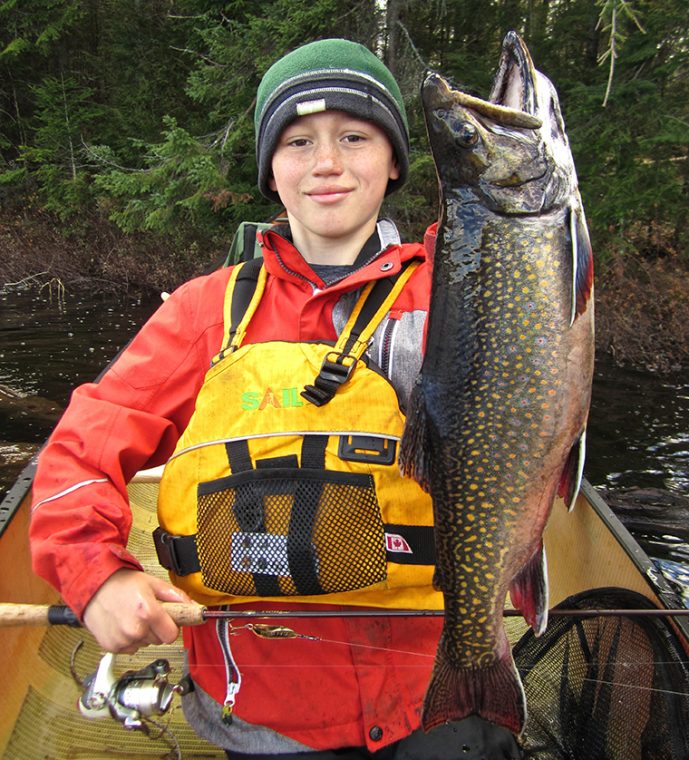 “I didn’t think they should entertain the question since their primary mandate is to preserve and protect the resource.”

On July 21 the MNRF responded to the FOI request by saying they intended, “neither to confirm or deny the existence of the record,” said MNRF Senior Media Relations Officer Jolanta Kowalski.

The person who requested the FOI request has 30 days after receiving the decision to appeal with the Office of the Information and Privacy Commissioner of Ontario.

An email response from the Office of the Information and Privacy Commissioner of Ontario to Ontario OUT of DOORS explained, “Ontario’s Freedom of Information and Protection of Privacy Act generally protects the privacy of individuals with respect to the disclosure of personal information held by institutions. However, institutions can disclose personal information about an individual to someone else if it is not an unjustified invasion of the individual’s personal privacy. These requests must be considered on a case by case basis, keeping in mind factors such as the sensitivity of the information, its benefits to the broader public and whether or not disclosing it would result in personal harm or harassment of the individual. If you are unsatisfied with a decision made by a provincial or municipal government institution in response to your freedom of information request, you have the right to file an appeal with our office.”

Click here to learn about the prevention and early detection of Lyme disease.