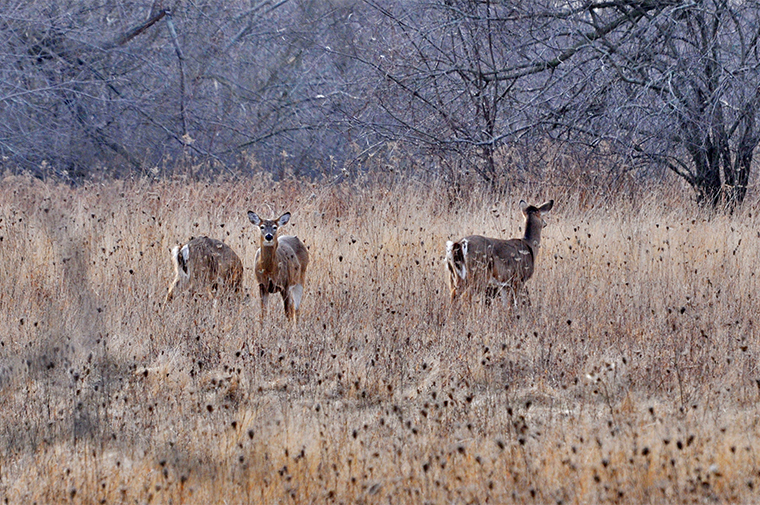 As part of a plan to restore Point Pelee National Park’s ecosystems, members of the Caldwell First Nation and Parks Canada staff have conducted a deer cull.

The Park was closed from Jan. 12 to 26, 2018, while the herd reduction took place. At the start of the hunt, the deer population was estimated at 103 animals, while research has determined the ideal deer population in the park is 24 to 32 animals. As a result, deer have severely over browsed the vegetation and impacted the park’s ecological integrity.

Asked if there was any consideration given to allowing other hunters to participate in the deer cull, Parks Canada Public Relations and Communications Officer Rae Kingdon answered, “The purpose of the deer population reduction is not to provide a recreational hunting opportunity. Rather, it is a park management action designed to reduce a major threat to the continued health of the park’s forest and savannah ecosystems. Parks Canada has a Memorandum of Agreement with Caldwell First Nation to manage the hyper-abundant deer population within the boundaries of Point Pelee National Park. Working with Indigenous partners is a priority for Parks Canada, and at Point Pelee National Park, we work with local Indigenous communities on a variety of projects, including the interpretation of First Nation history within the park and the sharing of Indigenous knowledge and conservation practice on topics, such as protecting species at risk.”