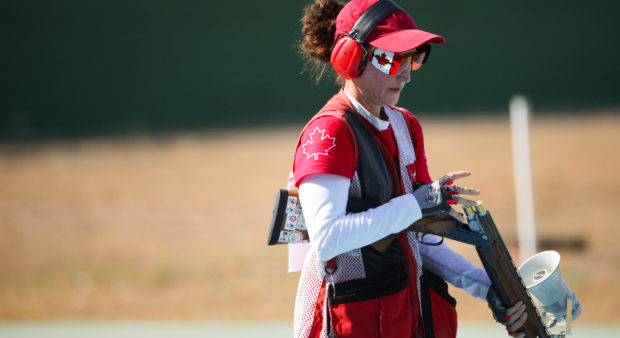 Ontario OUT of DOORS caught up with Canadian trap shooter Cynthia Meyer yesterday, coming off a seventh place finish at the 2016 Rio Olympics, just before she boarded a plane for home.

Meyer is a seasoned trap shooter who has been competing for nearly three decades. Rio was her fourth Olympic Games; she also competed in Atlanta in 1996, Sydney in 2000, and Athens in 2004. In Rio, she narrowly missed her goal of making the top six, which would have put her into the finals. The Bowen Island, British Columbia native finished in a tie for sixth, but lost the shoot-off. Seventh place is her best Olympic finish in the trap shooting event, though she took fifth place in the double-trap event in Sydney.

How did you feel about your performance in Rio?

Overall it was a good shoot, a strong shoot, I just wish I could have been a little better.

Do you hunt or fish?

I don’t hunt. As a kid I used to go fishing off of Bowen Island with my dad. That was the highlight of my summer.

Are you a part of a gun club?

How did you feel about this Olympics compared to the other three you have participated in?

I was talking to a teammate yesterday about shooting and how each Olympics has their own different flavour; they are completely different. This has been very enjoyable. I came here with my coach Florin two weeks before the event. I came extra early just to focus on shooting – going to the range every day and just training on it and it’s a fairly difficult range for me.… This Olympics, it’s not a first Olympics [for me] where you hang out and see and admire everything, this one was focused on performance and doing the absolute best we could do.

Did you have a little bit of fun?

I snuck out to beach volleyball this morning. 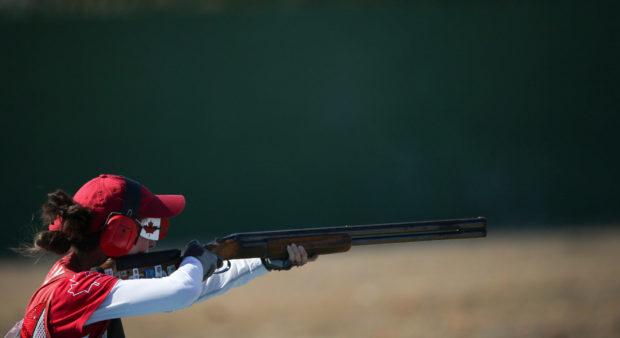 So, how did you get into shooting?

I was a late starter; I didn’t grow up around shooting. However, if you had given me the option when I was younger, what sport I would’ve liked to do, shooting would have been at the top of my list. I started with my dad who had shot as a child. A friend of his got him back into it and he wanted someone to go to shoots with, so I quickly volunteered. We went all over North America, in Canada and through the States, and we would do summer shooting, spring shooting, and competition in a different event – American trap is what it’s called. I started that at age 21. For my 21st birthday I got a gun, which I was just ecstatic about. Then I just continued shooting and made All-American the first year. Kept at it and wanted to go to the Olympics and started to figure out how to do it.

What was your first gun?

A Winchester 101 Pigeon Grade, which I still have.

Do you load your own shot?

Theoretically you could. There is no one in any major competition that I know about who loads their own shell. People will load their own shell if they are going to practice or local matches.

The quality control line on loading your own might be a little more difficult. They weigh shells, and the pellets inside now and if you’re over, you’re disqualified. It’s just not the way to go for the big shoots.

Have you noticed any significant changes in the sport over the years?

Huge changes, giant changes in it. They’ve changed the load in the ammunition, they’ve made it a lighter load, fewer pellets, some increased angles. Everything has changed on it. They are now playing music during the events. They are trying to make it more media-friendly.

How have you adapted to the changes?

I’m okay with it, because I first of all step back and see the big picture, which is you want people to enjoy the sport, from watching it, to participating in it.

What is it like travelling internationally with your shotgun?

You have to be aware of airport rules in the countries that you are in, and that you are going to. Many places require a firearms permit, so you need to have that dealt with prior to going and sometimes they take quite a long time to get. The airlines; we have to leave a little bit of extra time, usually to reclaim our firearms and transport them… It’s not horrible, you just need to leave the time to do it.

Is there anything you want to mention about these particular games?

I had a really nice time; people were great and really helpful… Things went smoothly.