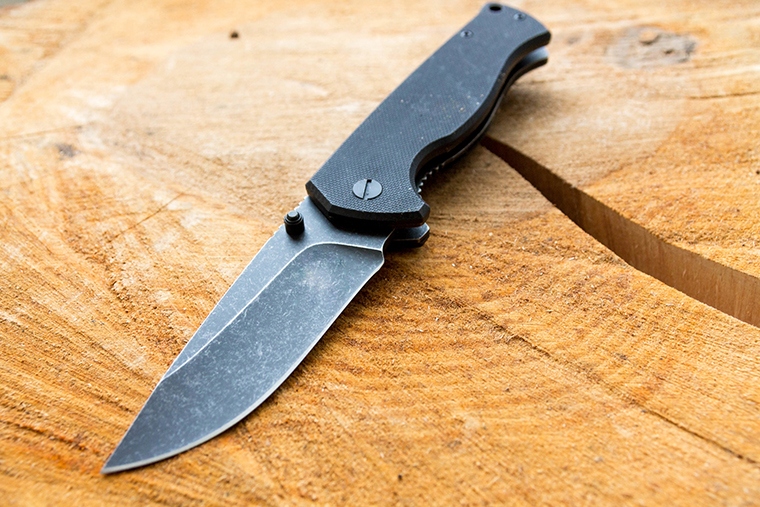 A petition has been started by Thomas Perry from Edmonton, AB in an attempt to overturn the CITT’s decision. It went up online Feb. 28 and currently has over 4,600 signatures. The petition is open for signatures until June 28, 2018 and can be found here.

A recent decision by the Canadian International Trade Tribunal (CITT) has reinforced the Canadian Border Services Agency (CBSA) definition of what knives are prohibited from entering Canada.

This border restrictions issue arose when T. LaPlante appealed a decision that classified five Kershaw Skyline Model 1760 knives that were being imported as prohibited. At issue was the “flick of the wrist” test CBSA used to determine if a knife was prohibited. The tribunal agreed the knives were prohibited.

Rachel Rogers of Buck Knives said changes were made to the company’s folding knives about four years ago. “For Canada, any of our knives that have thumb studs have been replaced with nail notches,” she said.

The CITT decision defines a prohibited knife as: “a. a knife has a blade that opens by centrifugal force, when the blade is released from the handle into the fully ejected and locked position with a simple and brisk outwardly flick of the wrist; and b. it includes knives that require some preliminary or simultaneous minimal manipulation of either a flipper or other non-edged parts of the blade.”

The ruling appears to conflict with the definition of a prohibited weapon under the federal Criminal Code, which states only that a knife cannot be opened with a button, switch, or lever on the handle.

Campbell said a knife meeting the CITT’s interpretation of the definition can’t be imported under any conditions, and anyone leaving and then returning to Canada with such a knife would not be able to bring it back into Canada. He advised if a person is unsure if a knife falls into the prohibited category to check with CBSA for purchases made outside the country.

For more information on the trade tribunal decision click here.