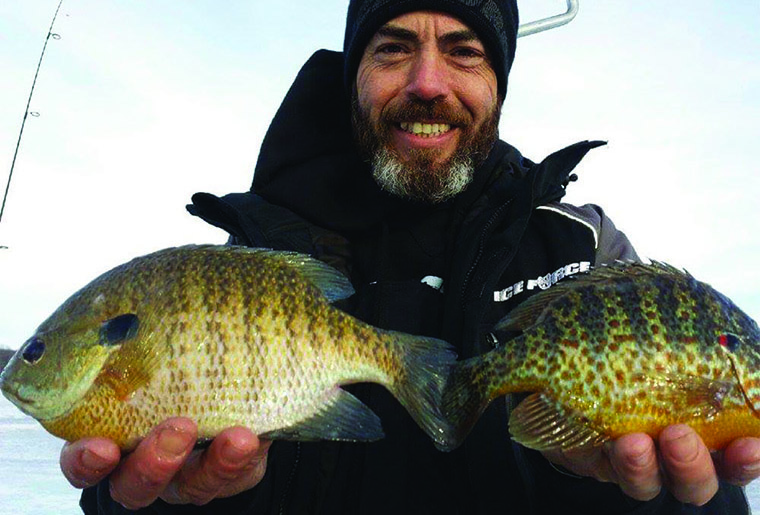 Want to catch giant bluegills? These tips will help.

Locating and catching trophy bluegills will test an angler’s ice-fishing chops. Bull ‘gills can be elusive, moody, and tenacious fighters once hooked. To help you catch more big bluegills we polled three ice experts. Here’s what they had to say. 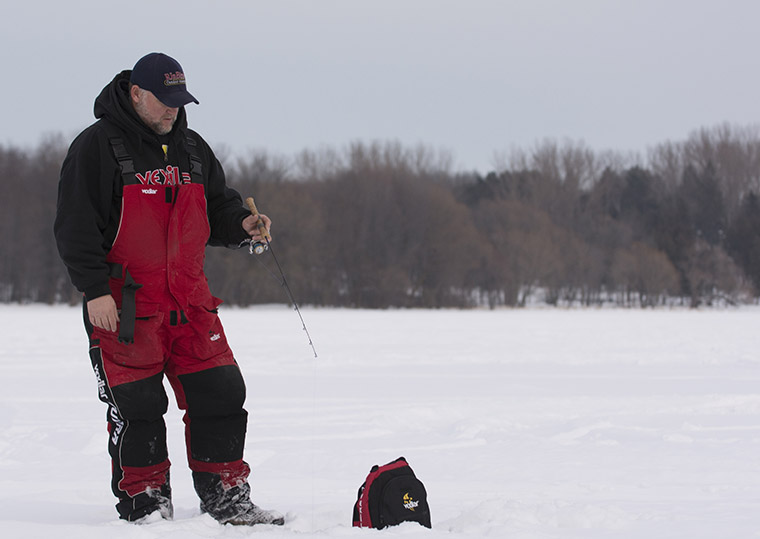 “Large bluegills are often found at the steepest break-off of flats leading into the main basin of a lake or pond,” Jackson said. “Finding that steep break is easiest in late fall while in the boat versus drilling dozens of holes. Use a handheld GPS device to put you right back on the spot come ice season.”

2. Work it down when shallow 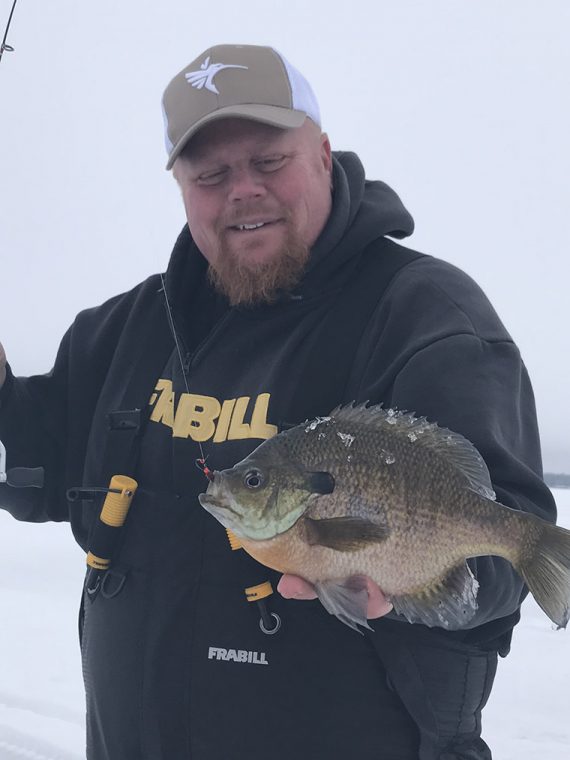 Bluegills like to suspend. Sometimes they’ll be right beneath the ice in skinny water. These fish can go undetected on an ice sonar, and it’s one reason Minnesota guide and ice-fishing pioneer, Brian Brosdahl fishes the entire water column when shallow.

“I will jig under the ice and slowly work my way down,” Brosdahl said. “This creates strikes most of the time.”

It’s not just about not bypassing fish. Methodically fishing a bait from top to bottom looks more natural to bluegills.

“As I’ve travelled three continents ice fishing all over the world, I’ve discovered the best ice anglers all use a form of bite-detection system,” Boshold said.

In addition, Boshold uses high-vis monofilament, a trick he picked up from Michigan anglers tight-lining. They watch the bright line down the hole for any sign of movement, which is the tell of a bluegill strike.

“I really liked this tight-lining style these guys had,” Boshold said. “I combined my strike indicator from the St. Croix Legend ice rod with hi-vis Sufix line to get the best of both worlds.”

Soft-plastics are popular with all three pros. Jackson’s go-to is a Clam Snow Drop jig tipped with a glow Maki Jamei, a unique-looking plastic with a cult following across the ice belt due to its ability to catch big panfish.

Brosdahl’s favs are the Northland Impulse Bro Bloodworm, Skeleton Minnow, and Water Flea. He rigs them on a Northland Gill Getter jig.

Boshold, too, mixes-up jigs and plastics. During tough bites, he uses a vertical ice jig, like a Little-Atom Purist, Mega Glo, or Shmoe Spoon with a piece of plastic, like a Little-Atom Wedgee or Skimpie, threaded onto the hook in an L-shape. The rig fishes horizontally and vertically. Boshold calls is “vertizontal” and claims it’s deadly for trophy panfish.

Try these tactics for bluegill this winter and rest assured you’ll be icing some tank-sized ‘gills.

Learn how to use your summer gear on the ice here.