Everything you always wanted to know about shed hunting 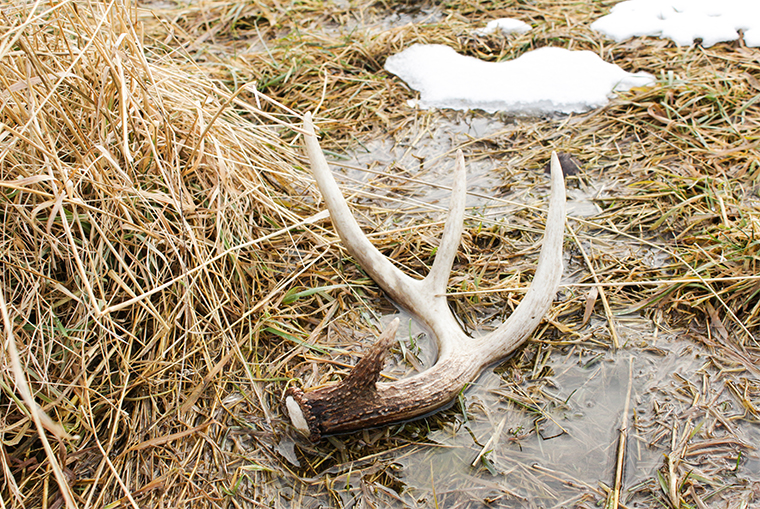 The time is right for finding tines.

Shed hunting is the outdoor pursuit of antlers that have dropped from bucks or bulls. A hobby for some, and a passion for others, this fun-filled activity is a great way to spend time immersed in nature, and if you’re fortunate, find some tined-treasures to hang on the wall.

Shed hunting isn’t an exact science, but knowing the when and where will up your odds of locating discarded bone.

When to look
In terms of whitetail deer, the majority of bucks will shed their antlers by mid to late February. When they shed them exactly can be a bit of a mystery, and is often dependent on age, health, and the rigours of the rut. 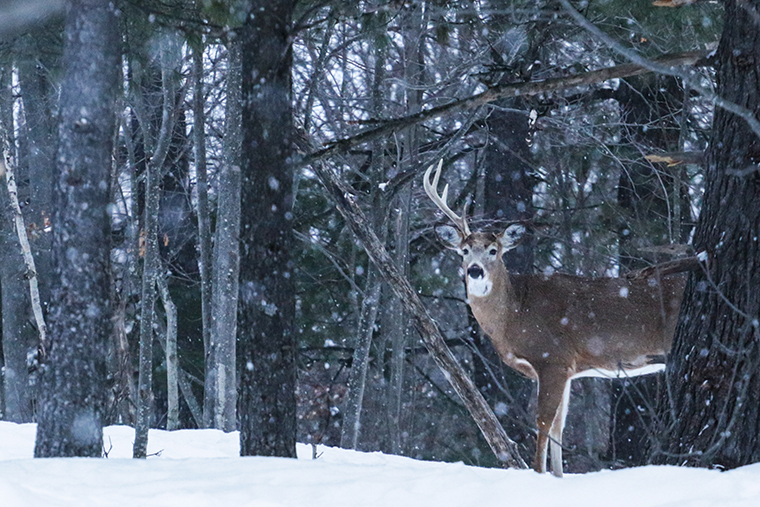 I have found fresh sheds as early as Boxing Day, so I typically begin scouring the woods with some effort the first week of January. Getting a head start on finding fresh sheds is important, mainly as a means to beating the crowds to the treasure trove – both human and animal. Porcupine, mice, and squirrels love to chew on antlers for the calcium they contain.

Here in Ontario, snow can break the heart of the intrepid shed hunter. Although southern Ontario was spared much of it this year, some areas were hit hard. Finding freshly-dropped sheds in deep snow is near to impossible, so the brunt of hunting has to wait until spring, once the white stuff recedes.

Shed hunting can be a year-long endeavour, but it is best to concentrate your efforts from January to June.

Where to look
It may seem like finding a shed antler is akin to spotting a needle in a haystack. And without a word of a lie, some days it certainly feels like that. But bucks will drop antlers in a handful of obvious spots and these are the areas that should garner most of your attention.

Once the rut has wrapped up and old man winter sets in, a whitetail buck’s behaviour is fairly predictable. They will take up residence in ‘yarding areas’ – generally consisting of thick tracts of cedar – as a means to escape the elements. The harsher the winter, the more prone deer are to stage here. From there they will utilize a series of trails (deer are creatures of habit, and also like the path of least resistance) to feeding, watering, and bedding spots. 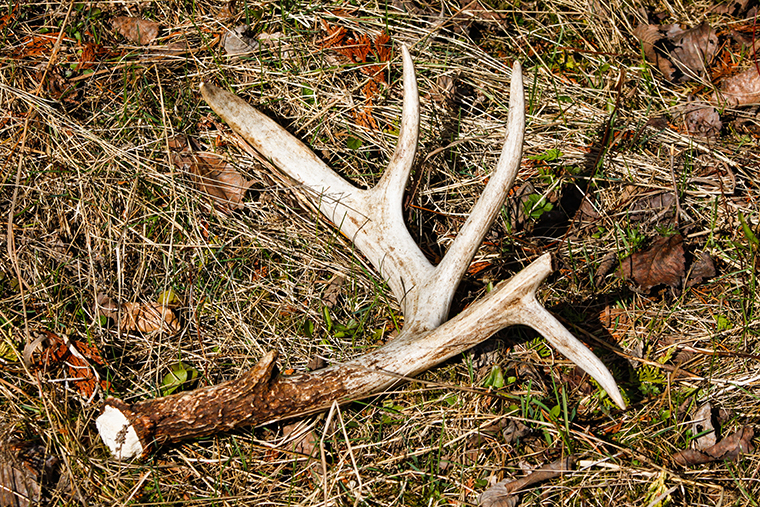 The more time a buck spends in an area, the greater the likelihood for an antler to drop. So, by concentrating on thick forested areas, well-worn trails, bedding areas, and food and watering holes, you maximize your chances for success.

I found a pair of fresh sheds in Ottawa on January 21 of this year. The right antler was on a snowshoe trail I had created through the woods, which the deer in turn used daily. I came across the left antler some 200 yards away, sitting under a still-full apple tree. As you can see from this example, a trail and food source were key for these finds.

Deer will seek out warmth during the cold winter months, and will often bed down on southern-facing slopes to soak up the sun. That’s another prime location to seek out on your hunts.

I have found close to 50 antlers over the last five years. I would estimate that I found 50% of those in bedding areas or thick cedar tracts. Food and watering holes accounted for 30% and trails and random spots the remaining 20%.

What to bring
A few key items should accompany you on your shed hunts, including a sturdy pack, binoculars, GPS, and zip ties. 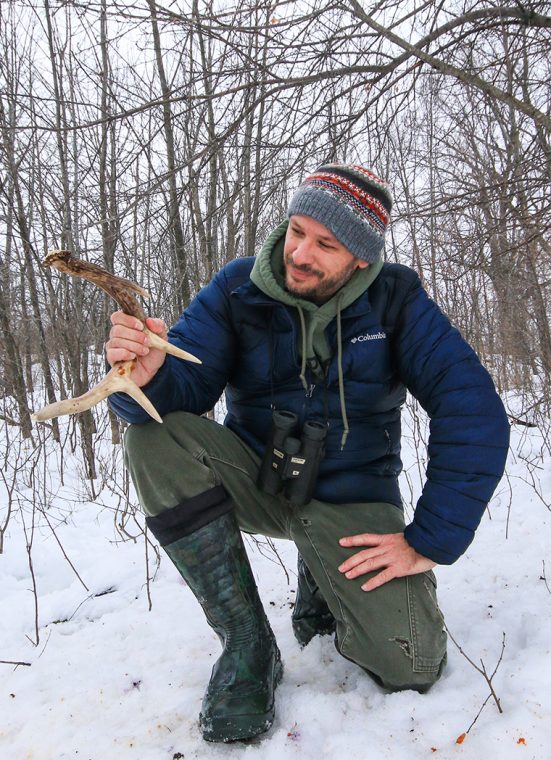 A pack is handy for carrying food and water, extra clothes, a camera, and other outdoor essentials. It will also be useful for carting your found sheds back to your vehicle.

Binoculars are essential for scanning open fields and have been solely responsible for my finding two sheds and a dead head in the past. I recommend always carrying a pair around your neck.

A hand-held GPS unit will keep you from getting lost, and is useful for locating prime areas and tracking grid searches. I highly recommend the free app MapMyHike for your phone.

Lastly, zip ties come in handy for securing sheds to your pack.

Give shed hunting a go this year. But be forewarned, it will definitely become an addiction.

Learn how to shed hunt with your hound here.