Independent environmental watchdog to be eliminated 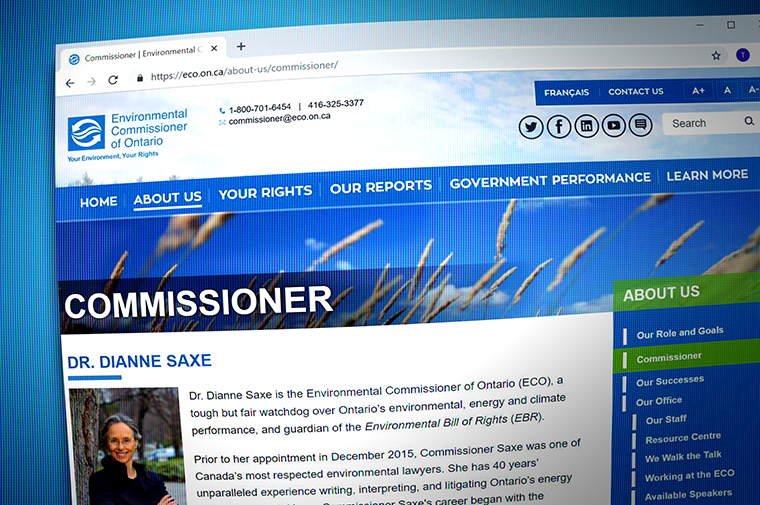 The responsibilities of the Environmental Commissioner of Ontario will be transferred to the Auditor General of Ontario and the Ministry of Environment, Conservation and Parks, if Bill 57, the Restoring Trust, Transparency and Accountability Act, 2018, is passed as written.

The Bill has passed second reading and has been referred to the Standing Committee on Finance and Economic Affairs.

Michael Zupanic, communications and outreach coordinator for the ECO, said, “The bill has not yet passed. If and when the bill passes, our office will be consulting with the Speaker to understand when and how these changes will take effect.”

“The OFAH strongly supports environmental oversight,” said Angelo Lombardo, executive director of the Ontario Federation of Anglers and Hunters. “However, in saying that, we need environmental oversight that respects and represents the interests of all Ontarians, including the millions of anglers, hunters, and trappers. We’ve had concerns with this office and its positions in the past, and it’s unfortunate that our perspectives on issues involving moose and Algonquin wolves, just to name a couple, were ignored in favour of obvious agendas.”

The ECO has been operating since 1994 and currently employs 28 staff. The Environmental Commissioner issues a comprehensive report on the state of Ontario’s environment annually. This year’s report included sections on the threat of chronic wasting disease and water quality issues.

Part of the ECO’s role is to encourage citizens to make their voices heard regarding environmental issues.

Bill 57 also proposes to eliminate two other independent officers: the provincial advocate for children and youth and the French language services commissioner, and to transfer those mandates to the ombudsman’s office. These changes are a purported cost-savings measure.