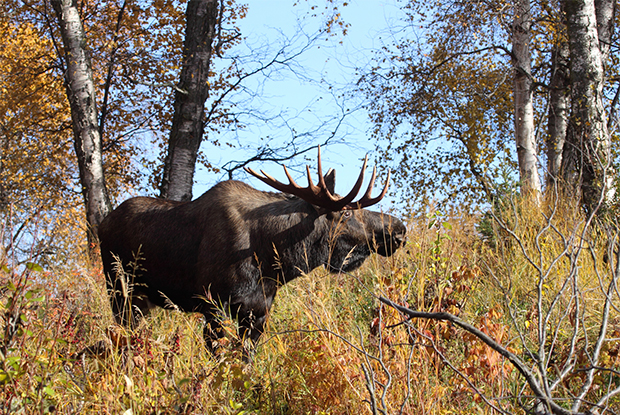 The new Environmental Commissioner of Ontario (ECO), Dianne Saxe, released her first annual Environmental Protection Report on October 26, entitled Small Steps Forward. Among other things, it outlined her office’s concern for Ontario’s moose, bats, and amphibians, and the impact of invasive species on their habitat. Moreover, the report suggested the Ministry of Natural Resources and Forestry (MNRF) had not done a good job addressing these issues.

In Volume Two, Biodiversity, the report deals specifically with the MNRF and its role in the protection of the province’s biodiversity, which it says has come under increasing threat as climate change has accelerated.

The commissioner said there is evidence of the MNRF “failing to use its tools to provide effective conservation for Ontario’s species.”

The report went on to note, “Invasive species continued to be a serious threat while some practical and inexpensive precautions were ignored; 2. Years of fire suppression impaired the ecological health of our forests and increased the risk of catastrophic fires; and 3. Important wildlife populations, like moose, bats and amphibians, declined.”

The report added, “The MNRF, like other ministries, struggles to fulfill its many mandates within the constraints of limited resources, and amid the demands of many stakeholders. But the MNRF can, and must, take its biodiversity duties more seriously.”

She said her office noticed instances where the MNRF “Did what was easiest and cheapest, instead of what works; 2. Hoped for the best instead of collecting the data that is essential for effective species protection; and 3. Relied on others to do the work it should, or used to do, without providing leadership, coordination, funding or accountability.”

The second chapter of Biodiversity deals with the issues of invasive species, how the MNRF handles forest fires, and moose (which have declined by 20% in the last decade), bats and amphibians.

Bat populations are being devastated by white-nosed syndrome, with four of Ontario’s endangered species on the verge of extinction. Amphibians, the report notes, are also facing ecological disaster with three of Ontario’s 27 amphibious species extirpated in the wild and five listed as endangered.

Regarding moose, the ECO recommends the MNRF implement mandatory reporting for all licensed moose hunters and also calls on the ministry to “publicly report on whether habitat-related issues are playing a role in moose declines.”

The ECO also had concerns about outdated software that discourages public participation in the Environmental Bill of Rights process as well as responses from other ministries regarding environmental issues.

Independent environmental watchdog to be eliminated