Crazy tricks to lure in fish 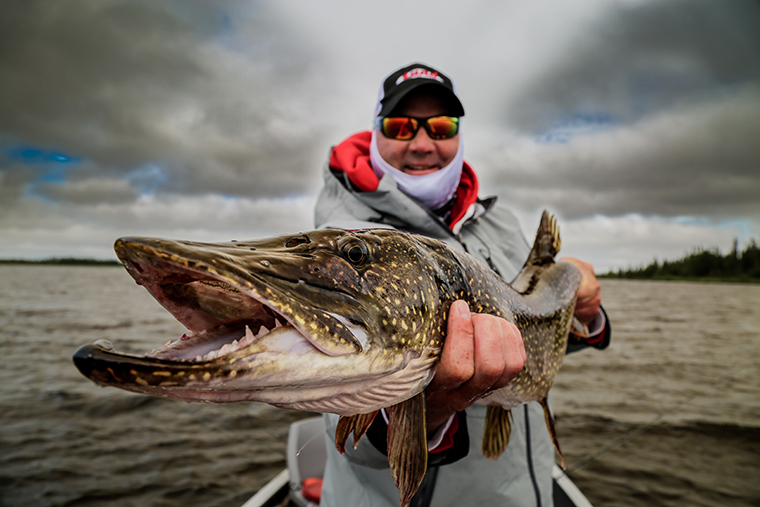 Having spent the better part of two decades travelling across Canada, making a living fishing, I’ve encountered some pretty unique situations and I’ve had to resort to some pretty crazy methods to make fish bite. I can’t guarantee these tricks will work every time, but they’re all worth a try when fishing is slow.

Get belly-to-the-bottom northern pike to strike

Most anglers think of pike as voracious feeders that will hit almost anything. However, in early spring I have encountered giant pike laying in shallow sandy bays, sunning themselves. They’re so lethargic that even dropping a lure on their nose wouldn’t elicit a strike.

I recall one occasion — after dumping the tackle box and trying every last thing in it with no results — I found an old jar of cured pork strips. Thinking “Why not,” I tied up a crude Carolina rig with a rubber core sinker and a fluorocarbon leader tied to a No. 4/0 weedless wacky rig Gamakatsu hook and slipped on a pork strip.

I gave it a subtle flip so it landed a few feet in front of the fish. As the sinker hit bottom and the pork started to slowly drop, I wasn’t surprised there was no reaction.

But when that pork gently landed on bottom, the pike came to life. It slowly finned its way over until it was mere inches from the strip. With a slight lift of my rod, the pork made a tiny move. The gator snapped up the bait and the fight was on! The wacky pork strip saved my trip, and boated several 35 to 40-inch northerns that day.

Now, I try to keep some handy, just in case. 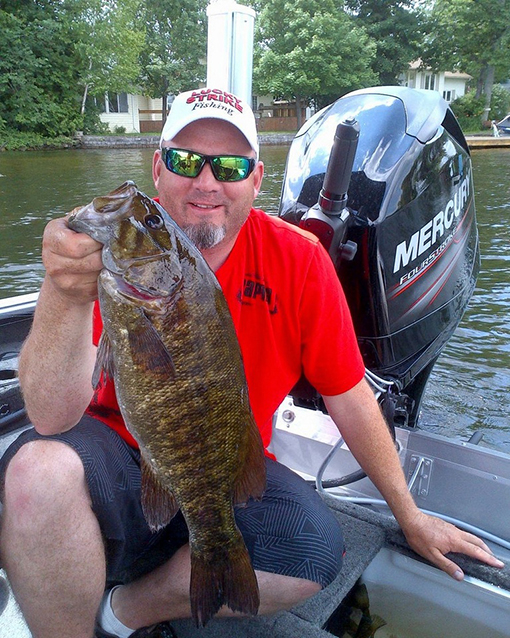 In Ontario, where zebra mussels have cleared so many bodies of water, it has become possible to creep the shallows and actually see giant smallies cruising sand and rock flats. Catching these fish usually takes just a simple tube jig or a drop-shot rig cast near them.

The past couple seasons though, I have been finding it particularly tough to get them to bite. Sure, they swim over and investigate, but more often than not they lose interest and swim off.

On one particular trip, I luckily had my Lund with a rod locker full of rods and my crappie stick still rigged up. In an act of desperation I made a few adjustments to the slip float and tied on a 1/16-ounce tungsten fly jig (a crazy little, fluffy, bug looking thing).

With a long cast landing the float 20 feet ahead of the fish, the little jig slowly fell straight down and settled under the float about a foot off bottom. The smallie cruised over to investigate. This time it inhaled the jig and turned to swim off, pulling the float down and allowing me to get a great hook-set.

After a fantastic battle on light tackle, I boated the fish.

This method is one I consistently use to get smallies to bite.

Getting lethargic late-fall smallmouth to bite when the water is near freezing can be a challenge.

One day on Lake Simcoe, when even a well-placed jigging spoon and drop-shot dragged in deep water wouldn’t get them to bite, I remembered a trip I took to northwestern Ontario.

I was casting Rapala X-Raps for walleye in late spring when I found a school of smallies hanging off a rock point. The water was barely 40˚F. The big bass would follow my bait back to the boat but were often so far behind that they were just appearing by the time I had my next cast ready.

I changed it up and started making long casts and leaving my bait still. I was hoping the fish would catch up and hit it on the pause. It worked like magic. Fish after fish came to the boat.

I tried the same thing on Lake Simcoe, but made a few modifications to get a Shadow Rap Shad down to the bottom in 40 feet of water. I tied a simple Carolina rig with a ¾-ounce bullet weight and tied a shad to a 10-pound fluorocarbon lead about 18 inches back.

I repeated this until finally, after leaving the bait on bottom for what seemed like an eternity, I hooked into what might have been the biggest smallmouth bass I’ve ever landed.

Although slow and cumbersome, this technique will catch fish when all else fails.

I’ve learned fishing is part science, part luck, and when both those things fail — all parts creativity. When it gets to that point I figure, what have I got to lose?

Click here to get the top choices for topwater summer smallmouth