Blastomycosis severe in the northwest 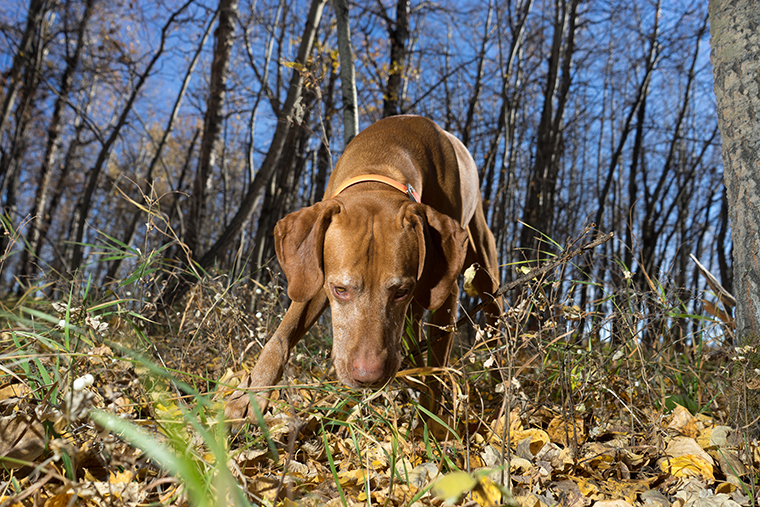 Sporting dogs and their owners in parts of the province are at risk from a potentially fatal disease, blastomycosis, lurking in the soil.

Physicians and veterinarians in northwestern Ontario warn hunters, anglers, and cottagers to be aware of blastomycosis, a rare fungal disease contracted by inhaling microscopic spores. The Kenora region is a hotbed for the disease but it is also found in regions around Georgian Bay and Sudbury, especially Manitoulin Island.

Sporting breeds are at greater risk because the fungus grows in their favourite areas. These include moist acidic soil along shorelines, in decomposing wood, and rotting leaves. The spores are released into the air when dogs sniff or dig in the infected soil.

“It’s endemic to the Kenora area,” said Dr. Celia Christensen of the Kenora Veterinary Clinic. “It’s impossible to keep dogs away from it. It’s a treatable disease but it can be fatal, depending on the dog.”

Preventing your dog from contracting blastomycosis is almost impossible unless you want to turn your retriever or beagle into a house pet. Christensen advises keeping dogs away from newly dug areas like septic fields, foundations, and outhouses until the exposed ground is covered.

Early diagnosis and proper treatment is key. Symptoms may include coughing, malaise, loss of appetite, and skin lesions but it can be difficult to diagnose. Vets may be unfamiliar with the disease. Dogs can contract the disease in the summer but symptoms might not appear until late fall or winter.

Treatment includes a lab test followed by a costly oral drug regimen that can run six months to a year. People who spend a lot of time in the outdoors in endemic areas are also at risk from blastomycosis. Though rare, it can be fatal in humans if undetected.