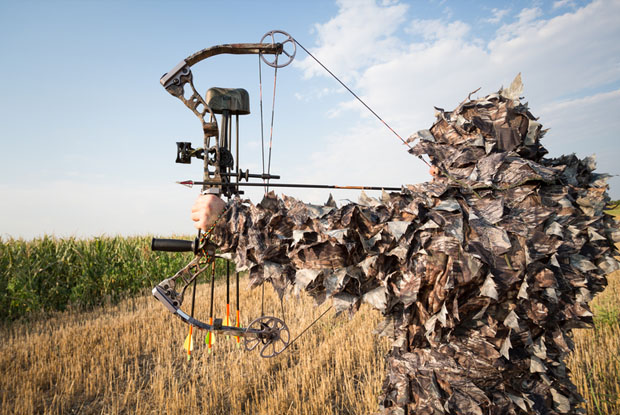 A reader’s suggestion: While reading a recent bowhunting column in Ontario OUT of DOORS by Nigel Read, Read spoke about the problem of broadheads causing wind-planing.

This made me think of experiments I have done with model rockets. The same problem occurs with these.

I found that a simple test could be done to see if the amount of finning on the tail was adequate to counter any fins near the nose. More finning means more drag thus slower flight and less distance flown.

Simply find the balance point of the complete, full-weight projectile and attach a thin string of sufficient length to fly the device by centrifugal force around you.

It will take more energy to fly if there’s more finning than needed. It can easily be seen when there is enough tail finning (fletching). Adding more than needed would be counter-productive to flight.

You could experiment with different fletch configurations to find what suited the arrows you are using before sending them out at higher speed.

I don’t remember having done this with an arrow, but expect it would work to tune arrows for best possible flight.
Bert Dewsbury
Bonfield

Response: Nigel Read addresses the suggestion:
Interesting. That’s a creative way of testing the stabilization requirements of your rockets. However, I see three issues with applying this to arrows.

First (and assuming a well-tuned bow), the biggest influence on the quality of arrow flight is the manner in which the arrow is launched; meaning, how cleanly the archer was able to execute the shot.

Any inconsistencies in shooting form are transmitted into and amplified by the bow, which applies the same to the arrow.

Second, the tested object is revolving around you on a fairly short radius, and never travelling in a straight line, so the result will always be more rearward stabilization than necessary for (nearly) straight line flight.

Third, an arrow is an extremely dynamic object in flight, by which I mean that it flexes and oscillates along its length for a good portion of its flight. The string test would make no allowance for the dynamic properties of the arrow.

Archers use several methods to check the flight characteristics of arrows. These methods are all focused on tuning the bow to produce good arrow flight, but a savvy tuner will know when inadequate fletching is indicated.

Paper tuning; shooting an arrow through a hanging sheet of paper at various distances, gives a very clear picture of the attitude of the arrow at the moment it passes through the paper.

There are also several variations on the walk-back tuning method, which I won’t get into here. With broadheads attached, the best test is probably just shooting and seeing how well the arrows group at various distances.