2014 fishing electronics round up

After the incredible array of new electronics products unveiled last year, you might think the various R&D departments would kick back and take some time off. Maybe even go fishing. Think again. If anything, companies have only upped the ante, and that’s going to make 2014 a very interesting year indeed. 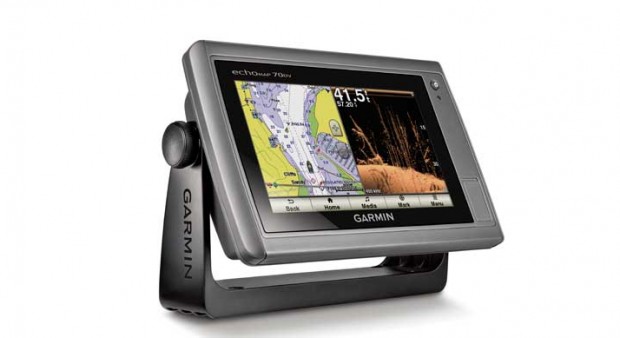 Garmin has become a monster player in the auto and hand-held GPS market, but it has not forgotten its many marine users.

For 2014, Garmin has introduced the echoMAP 70dv. It’s a 7-inch combination chartplotter/fishfinder with touchscreen and new integrated DownVü scanning sonar. This provides a photographic view of all fish and structure below the boat. The echoMAP 70dv also comes preloaded with Canada LakeVü HD, providing a database of over 6,000 Canadian lakes. Of those lakes, better than 1,000 are in high-definition, with 1-foot contour lines shore-to-shore.

Garmin is also wading into the hand-held video market in 2014 with the VIRB. It’s the first true HD action camera that is waterproof and combines uncompromising durability, enhanced HD video recording, extended battery life, and easy-to-use features. Its built-in colour display is sunlight-readable and uses minimal power so you can set up shots, play back video, and take 16MP stills. Many Garmin products, such as quatix, fenix, Oregon 600 series, and the GPSMAP 78 hand-helds will also serve as remotes for the camera. 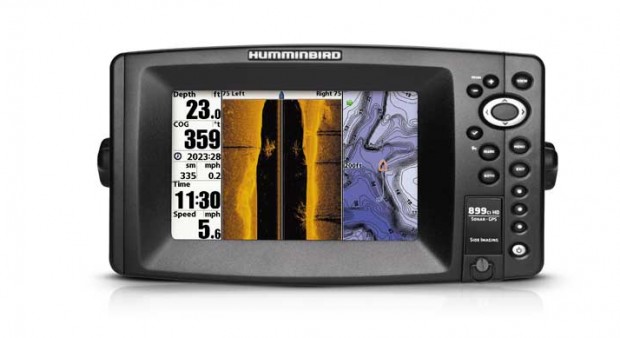 If thinking outside the box appeals to you, look no further than Humminbird’s new Bow 360. This bow-mounted version of the company’s popular 360 Imaging technology will provide anglers with around-the-boat underwater imagery — up to 150 feet in every direction.

The initial 360 product launch catered to anglers who prefer transom-mount boat accessories. Yet, many anglers, guides, and weekend warriors were jonesing for a bow-mount version. Humminbird came up with bow deployment via easy trolling-motor mounting. Humminbird has designed the unit so that from a stationary position, anglers will be able to view updated underwater images from around the entire boat. An audio alert will sound when the boat nears a waypoint within casting range. The unit is also capable of recording video and screen captures.

Humminbird has also rebooted many of its marine sonar lines, including the popular 800 Series. The 899ci HD combo features a bright, 7-inch HD screen and provides a clear readout, even in strong summer sunlight. The 16:9 wide format allows for split-screen functions. You can tap into the full power of the 899 ci HD SI combo unit with 360 Imaging and the i-Pilot Link from Minn Kota. 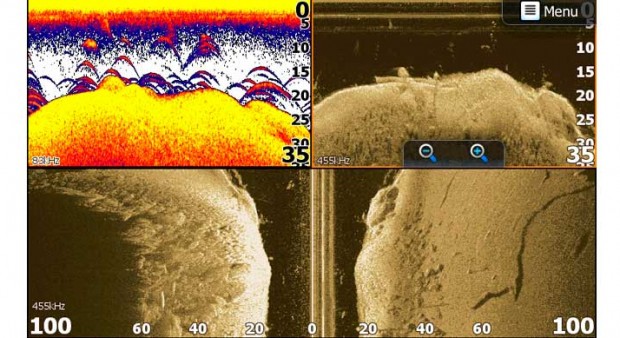 Lowrance says SpotlightScan pinpoints structure and fish targets ahead and around your boat, without disturbing key areas before you work them. The SpotlightScan Sonar trolling-motor transducer operates at a frequency of 455/800 kHz with a maximum surround-scanning range of 150 feet. It also features DownScan Imaging and Broadband Sounder technology. DownScan Imaging offers easy-to-understand images of fish and structure, and the award-winning Broadband Sounder technology is ideal for marking fish arches and tracking lure action. 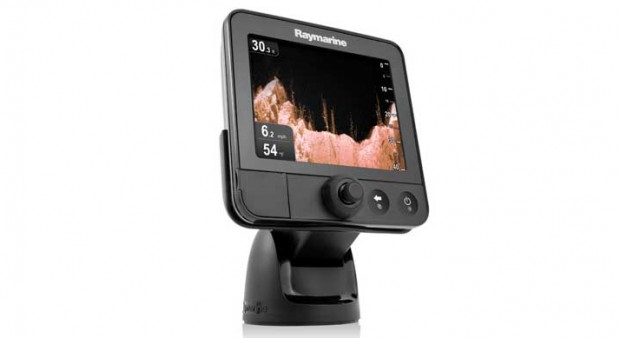 Unlike conventional sonars, the Dragonfly transmits across a wide spectrum of sonar signals. For larger, wheeled craft, the Time Zero Keyboard by KREP is worth a look. The compact, marine-grade keyboard features a click-to-select swivel wheel for fast zooming and 3D function control.